music and lyrics by
Mike Yionoulis

The music is distinctly American – folk and rock and grunge and dubstep-global – depending on the character and time.  Some songs exist as performance; some give voice to characters’ nightmares or hallucinations; some are inner monologue.

Listen to the soundtrack.   Click on the individual songs to hear the music and read about their placement in the story. 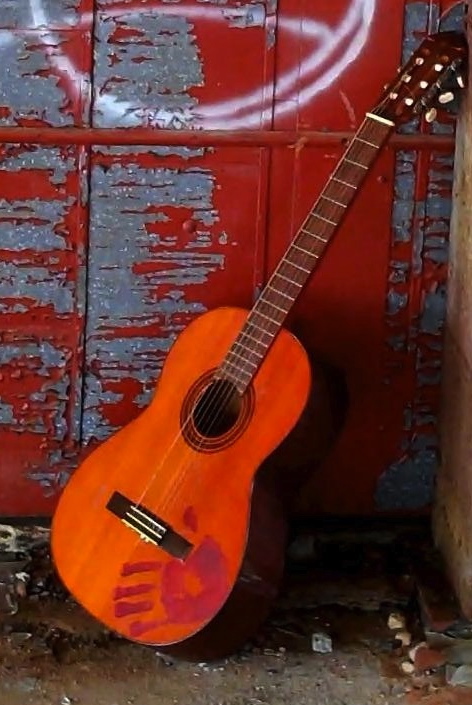 Redhand Guitar -- the theatre piece
is represented by